We competed against other Specialised Retailers from the Scottish Borders to take home the title of Best Specialised Retailer in the Scottish Borders. In September of 2019, the Directors of the company attended the Awards event at the MacDonald Cadrona Hotel and were overwhelmed to win. A mixture of public votes and mystery shoppers saw us earn the title.

Bob Chrystie said: "It came as a very pleasant surprise to be nominated for this award. We had never been nominated for such an Award in the past 29 years so we attended the Award ceremony at the McDonald Hotel in Cadrona with a nothing to lose attitude and no high expectation. So when we were announced as the Category winner we were all delighted and had to have a wee drink to celebrate and to recover from the shock! The Award was all the better for the fact it was made possible by votes from our own customers and we were also visited by a mystery shopper who I assume was suitably impressed by our showroom and sales personnel. I assume that I was not on the sales floor that day or the outcome may well have been different." 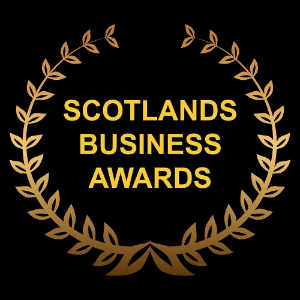